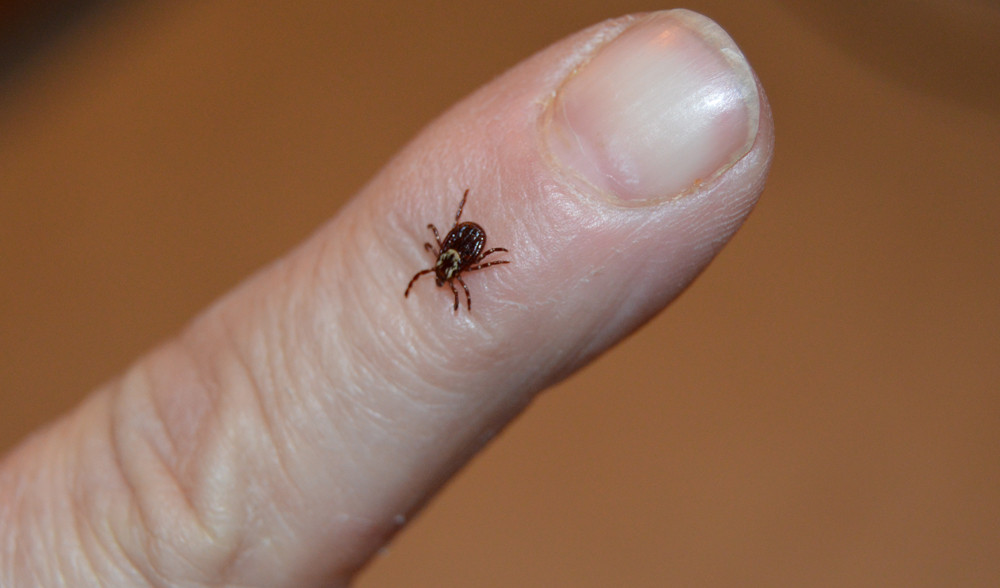 Summer is here and many families are shaking off cabin fever and spending more time in the outdoors. And with outdoor activity comes the annoyance of insects. Most outdoorsmen and women are fairly familiar with ticks, however as a carrier of Lyme disease, ticks pose much more of a threat than just creeping you out.
Lyme disease, an inflammatory transmittable infection, is diagnosed in over 300,000 people a year in the United States. It infects humans through a bite by the blacklegged tick (Ixodes scapularis or Ixodes pacificus) or deer tick that is infected with the bacterium Borrelia burgdorferi. The most common symptoms include fever, chills, fatigue, body aches, swollen glands, and headaches. Many people also have severe joint pain and swelling. However, Lyme disease can lead to more serious neurological problems like meningitis, temporary paralysis of one side of the face (“Bell’s palsy), numbness or weakness in limbs, and impaired muscle movement. And even other problems can occur months to years later and include difficulty with short-term memory, migraines, dizziness, ‘brain fog’, poor sleep, lack of verbal fluency, confusion or disorientation, and decreased ability to concentrate.
Little was known about Lyme disease before 1980. In the early 1970’s, children and adults in Lyme, Connecticut, and the surrounding areas were suffering from some puzzling and debilitating health issues. By the mid-70s, researchers began describing the signs and symptoms of this new disease. They called it Lyme, but they still didn’t know what caused it. Finally in 1981, a scientist studying Rocky Mountain Spotted Fever (also transmitted by ticks) made the connection between the tick, baterium and the disease. Since then, it’s outbreak frequencies have continued to increase throughout the United States, particularly in the Midwest. A common misconception is that Lyme disease could only be contracted in Wisconsin or Minnesota, but it’s here in Illinois. Since 2009 there have been over 45 confirmed cases of Lyme disease in Will County, and there could be many more that have not been diagnosed.

The scary part about the disease is that it can be difficult to detect until you are already experiencing major symptoms. And although today’s treatments are much more advanced, people that have contracted Lyme disease still claim to suffer from residual effects and pain from the disease for years. Physicians sometimes describe patients who have non-specific symptoms (like fatigue, pain, and joint and muscle aches) after the treatment of Lyme disease as having post-treatment Lyme disease syndrome (PTLDS).
The good new is that patients treated with appropriate antibiotics in the early stages of Lyme disease usually recover rapidly and completely. Antibiotics commonly used for oral treatment include doxycycline, amoxicillin, or cefuroxime axetil. However, patients with certain neurological or cardiac forms of illness may require intravenous treatment with drugs such as ceftriaxone or penicillin, or even much stronger, more potent antibiotics. As with many infectious diseases, there is no test that can “prove” cure. Tests for Lyme disease detect antibodies produced by the human immune system to fight off the bacteria that cause Lyme disease. These antibodies can persist long after the infection is gone. This means that if your blood tests positive, then it will likely continue to test positive for months or even years even though the bacteria are no longer present.
How to Detect Lyme Disease
For those of us that spend a lot of time in the woods, tick bites are a risk. Unfortunately there is no specific set up symptoms that help identify Lyme disease. In fact, most people that contract it don’t even recall being bitten by a tick. However there are several major symptoms to look for — the difference between a “normal” tick bite, is that a tick bite with Lyme usually displays a bullseye pattern around the bite or become more swollen and red. Rash occurs in approximately 70 to 80 percent of infected persons and begins at the site of a tick bite after a delay of 3 to 30 days (average is about 7 days). Rash gradually expands over a period of several days, and can reach up to 12 inches (30 cm) across and take on a “bull’s-eye” appearance. Flu-like symptoms are typically next. If you think you may have been bitten by a lyme-infected tick, seek medical attention immediately. Like many diseases, early detection is critical to successful treatment.

Tick Prevention Tips
One great way to avoid contracting Lyme disease is to try and not get bitten by a tick. Easier said than done when you spend a lot of time outdoors. And it’s not really 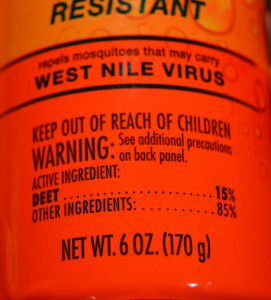 worth it to try and differentiate between the tick species. The best bet is to simply avoid being bitten by ANY ticks. Here are a few great tips for tick prevention:
–  Wear a hat or hood when in the woods. Ticks can most easily become attached by landing in hair, so keeping your head and hair covered. Also keep you pant legs on the outside of your boot so ticks won’t fall into your boot.
– Use bug repellent with DEET, a powerful insect repellant. I always spray all of my clothes, boots and hat with it before entering the woods. That will help keep ticks off your clothes. You can read the percentage of DEET on most repellent bottles. For best protection, I use repellants with the higher percentage, like 25% DEET on my clothes. DEET is not particularly healthy, so during summer when wearing less clothing, we use wipes with less DEET (like 5-10%) on our skin.
– Perform a “tick check” after a day in the woods. We usually take a shower to wash off the bug repellent and that’s also a good time to check your body thoroughly. Run your fingers through your hair. You may feel them crawling on you or feel a tiny bump in your hair. Also check inside the belly button, ears and armpits, especially on kids.

How to Remove Ticks
If the tick has already “dug in”, you will need to extract it. When the tick bites, it actually digs its head into your skin. It’s important to extract the entire tick, head an all. If the heads breaks off, it could become infected. There are many techniques and preferred methods for this, as well as many old wives tales. Some I’ve heard include covering the tick in Vaseline or dishwashing detergent, or placing a hot needle on the tick. However, the most proven method is to simply use a tweezers to pull the tick out. But you need to pull some of the skin while doing this to be sure you extract the head.

Information provided by the US Centers for Disease Control (www.cdc.gov). Other great resources…